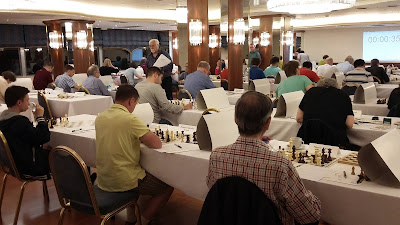 The Greek Chess Composition Committee, in co-operation with the Greek Chess Federation, has the honor of inviting the European national teams and individual solvers to participate in the 12th European Chess Solving Championship. The event will be held from Friday, April 15th (arrival) to Sunday, April 17th, 2016 (departure) at the “Oasis Hotel Apartments” in Glyfada, a cosmopolitan suburb of Athens.

The hotel features 70 rooms and fully equipped apartments with private balcony. There are a gourmet restaurant, a bar, a coffee shop, a comfortable lounge and a swimming pool. The hall(s) of the events will be inside the hotel. The hotel is only 20 min. drive from the center of Athens and Piraeus and 25 km away from the Athens international airport “Eleftherios Venizelos”, which is very well accessed by public transportation or taxi. Parking space is available in front of the hotel.

Further info can be found on the hotel site, http://oasishotelapartments.com/

Prices include tourist tax and VAT, breakfast, free access to the hotel health and recreation facilities, as well as all regular solving tournaments. Lunch or dinner is optional and costs 12 €. All payments should be made to the organizers, upon arrival, in cash (€). The participation fee for those not staying in the hotel or not making their reservation through the organizers is 50 €.

Public bus (X96)
The Express Bus X96 departs right outside the arrival level of the Main Terminal Building at the Exit 4 of the airport. There are only one-way tickets and cost 5 €. Tickets are available from the bus drivers or from the ticket kiosk at the bus departure area. Express Bus X96 runs 24 hours every 20-30 minutes. The bus needs 35-45 minutes to reach the hotel. The bus stop that you will get off is called "4th station of Glyfada". The hotel is located just next to the bus stop.

By road
Drive along the main motorway Attika Road that connects the airport with Athens. Turn at the junction signaled for "Koropi - Markopoulo". From there, follow the signs for Glyfada. As you drive along the Koropi Avenue in Vari (Bari), turn right at the end, where you will see a signpost for Glyfada.

By taxi
You will find easily a taxi outside the terminal building. For taxi fares, check the site http://www.athensairporttaxi.com/

For information the tram station is 150 meters away from the hotel on the way to the beach. Metro, tram and bus tickets in Athens cost 1,40 € one-way. 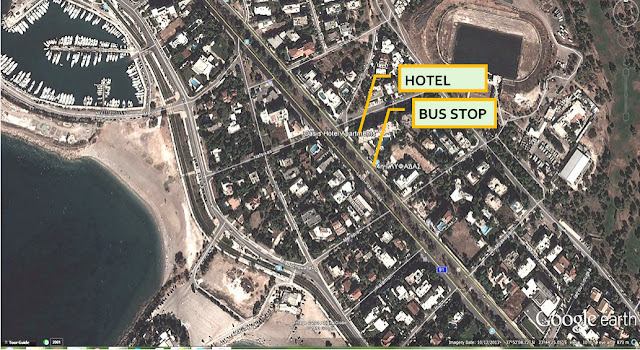 Registrations should be sent to the chief organizer Harry Fougiaxis loyaldragon@gmail.com no later than April 1st 2016.

All the information about the event will be published on the site http://chess-problems-gr.blogspot.gr/